2022 - Mamie Elizabeth Limburg Jenkins Forester
​In loving memory of Mamie Elizabeth Limburg Jenkins Forester, age 107.  Born November 22, 1914, she passed on to her LORD Jesus Christ June 21, 2022.   Recently she was residing in Powell, TN with her precious caregivers, Rev. Larry and Elizabeth Hewitt,  She was a long-time resident of Roane County TN.  Mamie was the daughter of late John Henry and Mattie Augusta Guettner Limburg.  She was a member of Tennessee Chapel Baptist Church, Paint Rock TN, where she became a member at age 15 and was still a member for life. She was preceded in death by two husbands Clarence (Buddy) Forester and Roy Jenkins, three brothers James, Homer, and Hobe Limburg, two sisters Kate and Vida Limburg, niece Deloris Johnson.
Mamie was a caring wife, sister, aunt, and friend to many.  She was a very independent lady who was proud of her age and agility, traveling to New York City at age 87 and gardening until age 105.  She loved singing bluegrass spirituals, adored the beauty of the countryside, enjoyed knitting and crocheting, and never passed on dessert.  She loved the farm-life, where she gardened, drove the tractor, and enjoyed the cattle.  She also helped many of the local farmers all of her life.   She was always a bright ray of sunshine and had love in her heart for everyone, putting smiles on the faces of all she touched.  Mamie loved the Lord, and she showed this love through her touch on the community around her.
Appreciation is given to the late Richard and Jane Forester, who she resided with following the passing of her husband, Buddy Forester, and friend, the late Nadine Cruze, who all provided care for her.
She is mourned by Melissa Johnson Smith, Jim, Clovis, Chris, and Howard Limburg; David, Darnelly, Daniel and Darla Forester; Jeanine, Steve and Jamey Studley; and many other nieces and nephews, family and friends.
Receiving of family and friends will be from 11 a.m. to 1 p.m. at Loudon Funeral Home on Sunday, June 26, 2022.  Services will follow immediately at 1 p.m. with Rev. Kenny Clinton and Rev. Larry Hewitt conducting.  Graveside service will be held directly afterward at 3 p.m. at Popular Springs Cemetery in Kingston.  In lieu of flowers, donations may also be made to Tennessee Chapel Baptist Church of 1279 Loudon Highway, Kingston, TN 37763.
2017 - Houston Claude Guettner
Houston C. Guettner, age 80 of Kingston, passed away September 1, 2017. Houston was a lifetime member of Youngs Chapel Cumberland Presbyterian Church. He was preceded in death by his parents, Wilbur and Beuna Guettner; sisters, Evelyn Byrd and Mary Cate Culbertson; brothers, Harmon Guettner and Glen Guettner. Houston is survived by his wife of 60 years, Nora Bridges Guettner; son and daughter-in-law, Randy and Stacy Guettner of Riverside, CA; daughter and son-in-law, Kim and Kevin Mullaney of Chesapeake, VA; grandchildren, Elizabeth Grace Guettner, Alex Mullaney and Avery Mullaney; sisters, Barbara Oody, Eva Grace Parker and Elsie Fraley; brother, Raymond Guettner; and several nieces and nephews.

The family will receive friends from 5 p.m. to 7 p.m. on Monday at Click Funeral Home in Lenoir City with funeral services to follow at 7 p.m. Rev. Dale Watson will officiate. Family and friends will gather in the Lawnville Cemetery in Roane County at 11 a.m. on Tuesday for graveside services and interment.

Houston lived his life as a faithful servant of God, and a loving husband, father, grandfather, brother and friend. He devoted himself to his Christian faith, his family and service to others. In lieu of flowers, the family requests that donations be made to “Houston Strong” to support hurricane relief efforts, honoring his legacy of service. Click Funeral Home, 109 Walnut Street, Lenoir City is in charge of arrangements. www.clickfuneralhome.com
2012 - Earl Bruce Parker 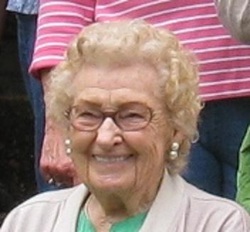